This year Mark Minasi is returning to UF for two days of training.  The first day will be entirely devoted to deploying Windows 10.  The second day will consist of four 75-minute presentations appealing to a wide range of audiences on: Harvest the Web Using PowerShell; Digging for Office 365 Gold; Cloud Computing 2016; Operating Systems, 10 or 2016?

Windows 10 is out, which is kind of exciting – new tools!  What is a bit less exciting is Microsoft’s current approach to documentation, which is a collection of blog posts.  So if you need to figure out what to offer, how it will fit in your network and current hardware, and how to secure it, then get ready for hundreds of hours of Googling…or take this Windows 10 class.

9:00 am – noon Deploying, Managing and Securing “the Last Windows:” Working with Windows 10

9:00 am – 10:15 am Harvesting the Web:  Using PowerShell to Scrape Screens, Exploit Web Services and Save Time… Even If You Don’t Know PowerShell or Web Services!

Deploying, Managing and Securing “the Last Windows”: Working with Windows 10

This Windows 10 class is researched, written and delivered by Mark Minasi, a 30 year Windows veteran and writer of 16 bestselling Windows tech books. Mark’s been under the hood of Windows 10 since its first betas, and has assembled everything he’s learned into this fact-paced, entertaining one-day class that will quickly update your Windows technical support skills, help you decide if Win 10’s right for your organization, and point you towards setting up your deployment plan.

His course jumps right into an explanation of what may be the strangest part of Windows 10, “Windows as a service.”  While Windows 10 is nominally the last version of Windows it will require you to upgrade to new “sub-versions” every year, or you will no longer be able to install security patches.  From there, the class briefly illuminates a few little-known productivity enhancing features and useful “internals” changes to Win 10.  Next, you’ll learn some important new deployment concepts and meet new tools to deploy Windows 10, whether on one machine or one hundred.  Then we’ll move to Windows 10’s not-terribly-surprising-affinity for Microsoft’s Azure Cloud.  You’ll see that we’ll all need at least some kind of Azure identity in order to interact with any of Microsoft’s online services.  You’ll also see that Azure accounts sole one of Windows 8’s most irritating flaws: the requirement that users log on with Hotmail/Live accounts to their own systems. That leads to an explanation of what’s changed management-wise in Windows 10 via group policies and a new and improved application distribution system driven by an all-new customizable “Store.”  Finally you will understand and be able to deploy a few very innovative new security tools.  One, Credential Guard, seeks to crush “pass-the-hash” and similar secret-stealing attacks.  Finally you’ll meet the new “Windows Hello” biometric system that quite literally sees you coming, and its associated Passport, which intends to put passwords out of business.

This course assumes that its attendees have a knowledge of Windows 7 and 8, as Mark has presented Windows 8 topics to the UF audience before.  If, however, attendees need a bit of a “catch-up” on any of those topics, Mark is more than capable of handling questions.

For many IT pros, our days start with the same activity:  surfing to catch up.  We skim our Twitter feeds, view and perhaps download The Picture of the Day from some amazing photo site, check the weather, peek at eBay to see if that prized item is selling under $100 yet, or whatever.  That’s great, but what isn’t so great is the fact that most of us are gathering those data the same way we’ve been doing it for it for twenty years — by clicking around in a web browser.  Hey, it’s the 21st century, and IT pros hoping to remain employed are automating things, so it’s time to turn The Robot Hand of PowerShell to our daily web data-gathering tasks, whether personal- or business-related.

PowerShell includes a number of little-known but essential web-harvesting cmdlets (Invoke-WebRequest and Invoke-Restmethod, amongst others),  enabling you to automate web surfing and data interpretation, but unless you’re familiar with the workings of “screen scraping,” “web services,” “SOAP” and the like, most of us sadly just don’t have the time to figure them out… unless you attend this session created and delivered by best-selling tech author and speaker Mark Minasi, “the Chief Explainer of the Really Complex.”

This talk starts by demonstrating simple web page harvesting via downloading files and specifically-targeted text from web pages with the help of “regular expressions or “regexes.”  Then we move to a quick explanation of accessing information from “web services,” a more automation-friendly source for information.  Many web services exist on the Web and are publicly available, or in some cases you might be drawing data from an in-house web service.  Much of the data returned by web services are packaged as XML or “JSON” objects, so you’ll next learn about the PowerShell tools for cracking open XML and JSON objects.  Again, you needn’t be an expert in any of these things to make them work, as Mark makes it all easy, whether regex, JSON, or REST.  Attend this session and become The Automation Master of the Web!

Move the Old, Exploit the New, and Prosper:  Digging for Office 365 Gold

Every day, more and more organizations are shutting down their Exchange servers and moving to Office 365 for one simple reason:  they expect to save money.  But, as some have ruefully discovered, inadequate planning or weak migration tools can lead to a botched move… and it only takes a couple days’ downtime to eat up those cost expected savings.  Even if your O365 move is successful, though, far too many organizations don’t realize that they’re leaving money on the table by seeing O365 as simply email SaaS, when in actuality it offers much more.  Tremendous amounts of cloud storage in OneDrive for Business.  Dead-simple collaboration tools in O365’s SharePoint Online.  A Lync server that lets you run online meetings with up to 250 attendees as well as support for essentially unlimited in-organization instant messaging.  Add Yammer Enterprise and the upcoming Delve tool, and you’ll see that even the most basic Office 365 subscription includes at least one extra tool that your organization can use and profit from… and best of all, you’ve already paid for it.  If you aren’t currently using Office 365 or, more likely, have Office 365 and are only using it for email, join veteran industry author, speaker and techie Mark Minasi in a quick look at all that purchased-but-unexploited O365 gold!

It’s 2016, and almost everybody’s in the cloud.  Cloud vendors have indeed delivered on their promises for agile, speedy deployment and cost savings for many customers.  Projects and entire enterprises can be spun up in minutes or hours, and often more cheaply than could be accomplished on-premises. Email SaaS like Office 365, Gmail and the like probably host more mailboxes than anyone else on the planet.   So things seem pretty good, cloud-wise, then.

Not everything that seems real, however, is real — take phantom cell phone vibration, for example.

In this fast, fact-filled, fun presentation, preeminent “cloudnostic,” cloud user, and million-selling author Mark Minasi rounds up The State of the Cloud:  what’s good, what’s bad and what’s about to happen in mankind’s latest, most expensive experiment in communications, storage, and computing.  Don’t miss it!

Microsoft’s kind of delivered a new desktop OS.  And they’ve been telling us that there’s a new Server on the way, but they can’t tell us everything about it yet.  (Apparently it’s sort of like Christmas.)

On the client side, we’ve seen Windows 10, but, well, not really.  Yes, there’s yet another new-and-improved UI. But Windows 10 is more than just a pretty or, rather new face.  It integrates with the cloud more smoothly.  It offers a new kind of app that runs on phones, tablets and full-sized computers. (Yes, Windows 10 will run on many of your existing Windows phones.)  It supports an end to passwords … you won’t miss having to remember passwords, will you?  Furthermore, it continues in the Vista-and-later tradition of continuously simplifying upgrades  — especially the in-place ones! — and deployment. (Of course, there’s that “where did Windows 9 go?” question, but you’ll get the answer to that at this talk.)  Perhaps most important of all, though, is the fact that Windows 10 is the last version of Windows that Microsoft will ever ship, and from here on in, Windows will just get new features now and then.  (For example, as you’re reading this, Microsoft has theoretically “shipped” Windows 10, but in reality a fairly large chunk of 10’s advertised new features don’t exist yet — but you’ll hear about that at this talk.)

On the server side, it’s clouds again, both on the public and private cloud side.  Improvements to Hyper-V kick things off, extending and strengthening the foundation.  That’s followed by changes to storage — a nifty storage replicator that, unlike SAN “LUN replicators,” works between any kind of architecture, and a heck of a lot more cheaply, as well as, well, something they can’t tell you yet that’ll be pretty neat (but remember, you didn’t hear it from us).  Security improves in several ways, including a copy of Defender in every server.  You’ll see all kinds of “Software-Defined” things in Server 20176 and, on top of that, there is — of course — a pile of new PowerShell capabilities baked into this next Server.  And there’s even more things that, um, they’re not talking about just yet.

Join Mark Minasi, author of the 20-year series of best-selling Mastering Windows Server books, in this quick, entertaining look at the next crop of Windows.  Attend this session with Mark and he’ll convert the new software from a numbers game to a sure thing! 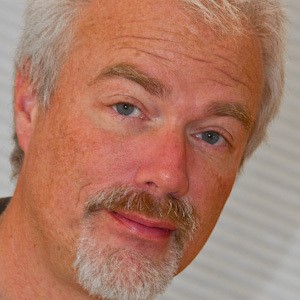